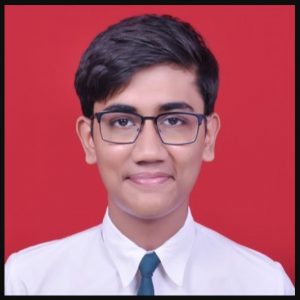 Every college experience excerpt starts off with a generic one-liner about the college, while coyly plugging in the admissions panel’s overview into the university. Being a student who has actively participated in the DoMS ecosystem, I want to give a more holistic answer to the question of “Why IPM at NALSAR?”.
Therefore, I plan to bring out the two most pivotal factors that differentiates NALSAR’s IPM from the IPMs of other universities in this conversation; the inclusion of Law courses in the vastly enhanced curriculum, and the social interactions you have after coming on campus.

The online world was difficult for all of us; sitting in the same place, day in and day out, attending classes with the subliminal frustration of not being able to see the people you are studying with, while exams fly by in the same software that used to host your classes. There was a significant idleness I would feel each time I sat on the same chair in the morning, looking at the blank screen stare back at me.

All this changed with the advent of the Department calling us back to campus; now we could not only see and gauge how our friends were in real life, but also interact with the MBA and Law batches to see what environment we were going to live in. From the get go, our experience was fulfilling, though filled with hurdles and pitfalls. Besides, bland journeys are never satisfying!

Since we were the first batch of the Integrated Programme in Management, we had the good fortune of being the trendsetters for a number of practices that would percolate down to our juniors as well, such as the significant strives our CR, Vishruth and the whole Drafting Committee team took to include us in the Student Bar Council from Day 1. We can now hold positions that can steer the direction of the Department and the University.

Additionally, the number of fests we have gotten to witness, participate in and host, starting from our very own Management Fest, Winnow to celebrations of culture throughout India, such as the Southie Fest, Awadh Magadh Fest and Carpe Diem, the flagship fest of the Law Batch has been experiences that have fueled camaraderie between all the students on campus. May it be going head to head in matches of Football, Kabaddi or Cricket, the students of IPM have shown their prowess from initiation itself, and have made sure that we created an irrefutably strong image for the batches to come.
There exist problems everywhere, and even an exceptional institution like NALSAR was no exception. The novelty of the IPM course did attract confusion from the general public, so as to how a Law University had started its own Business School, and how it would perform in the coming years.

In a befitting reply, the IPM batch flew off with the establishment of the Industry Relations Cell (IRIC), the revival of the Entrepreneurship Cell under Prof Somdutta Banerjee, and started off Student Run Startups such as OutsightX, which created a brand name which rippled across all IPM batches Pan India.

Everything mentioned above, although in talks of being done since the inception of the batch, came to its final execution within the 1.5 months that the students arrived on campus. And within those 1.5 months, not only did the batch initiate flagship events, draft a constitution and plant its foot into the roots of NALSAR, but also created an image for all other IPM colleges to see.

The culture and inclusive nature of the campus in itself, was a sight to behold. I have personally met people ranging from the mountainous state of Uttarakhand to the sandy beaches of Tamil Nadu. The cultural diversity, and by an extension, the diversity of opinions opened my eyes to novel thought processes as well. Additionally, it made me more sensitive to the needs and wants of others, since having a multicultural outlook brings with itself a sense of responsibility for everybody.
Despite coming to Hyderabad for the complete offline experience, we couldn’t discount the work that had been done in the online mode to create an initial framework off of which the batch initially functioned.

The inclusion of courses such as Constitution and Law under Professor Siddharth Chauhan was an extremely exciting experience for the batch, since the best professors of Law across India were now an available resource for us to extract knowledge from and embed into our Business Learnings.

Additionally, we had the good fortune of having the classes of our last trimester of the first year on campus, since we could now absorb the knowledge shared with us by one of the most charismatic Professors that we have come across, Prof Ameesh Samalopanan. The course on Psychology had been included in our course for two trimesters, but the singlehanded rigor that we could see in the last trimester, post coming to campus was in itself an extremely invigorating experience.
The trust and inane confidence that each batchmate now feels in the course will soon be seen after the first batch culminates its Internships at flagship NGOs across the country, and coming back to write history for the world to see. 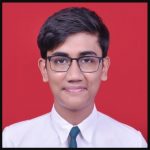 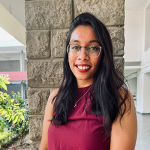 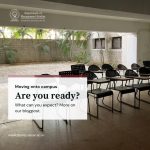 Are you prepped to move into campus?